Something shocked me about Black Friday this year. This time it wasn’t just the usual shock, in which ordinarily civilized citizens behave inexplicably to save a few dollars, leaving me to question the fundamentals of our society (although they did and it does).

What shocked me this year was something I’ve never seen before — a heap of SaaS companies offering swingeing discounts to their products in the name of Black Friday. 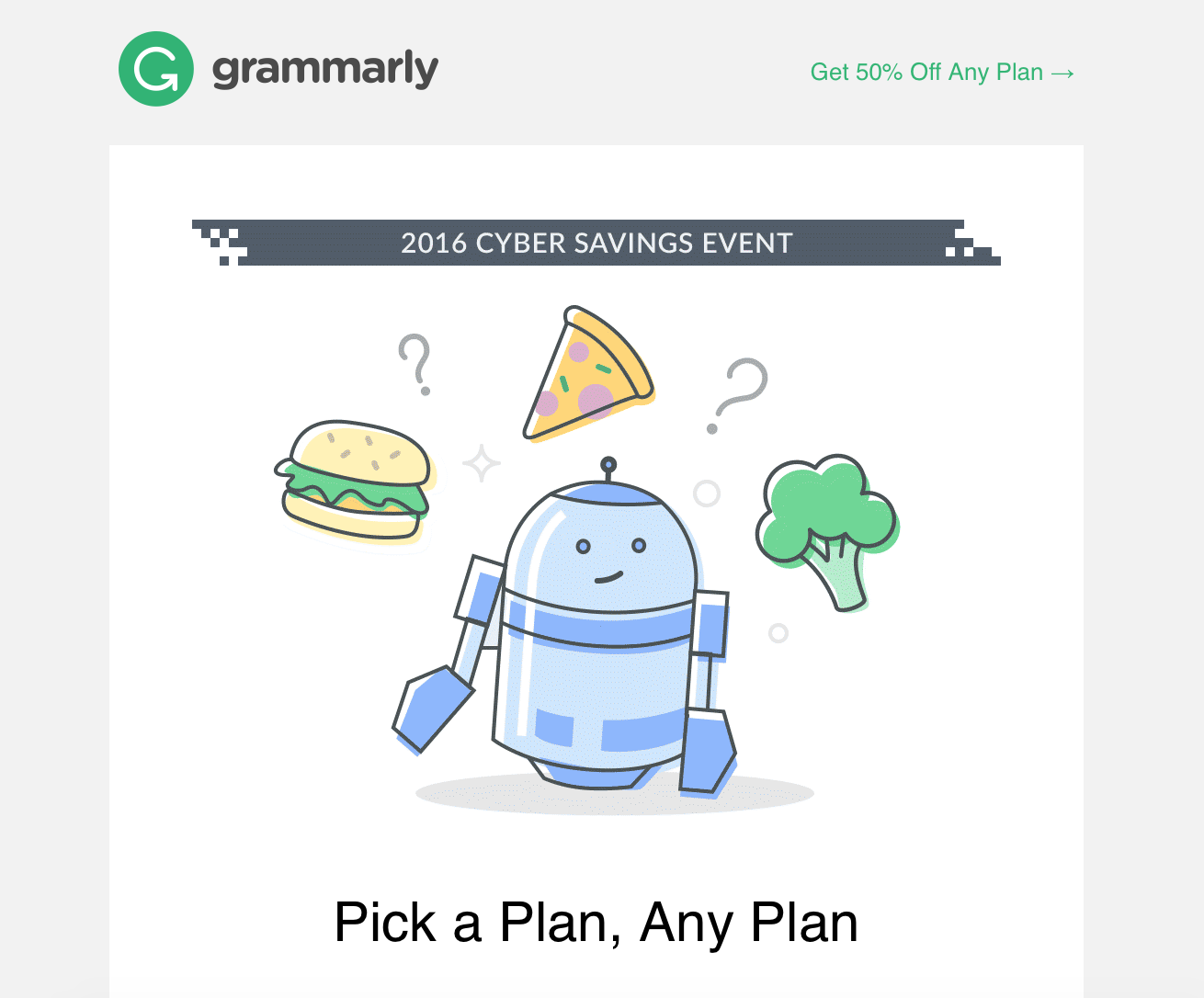 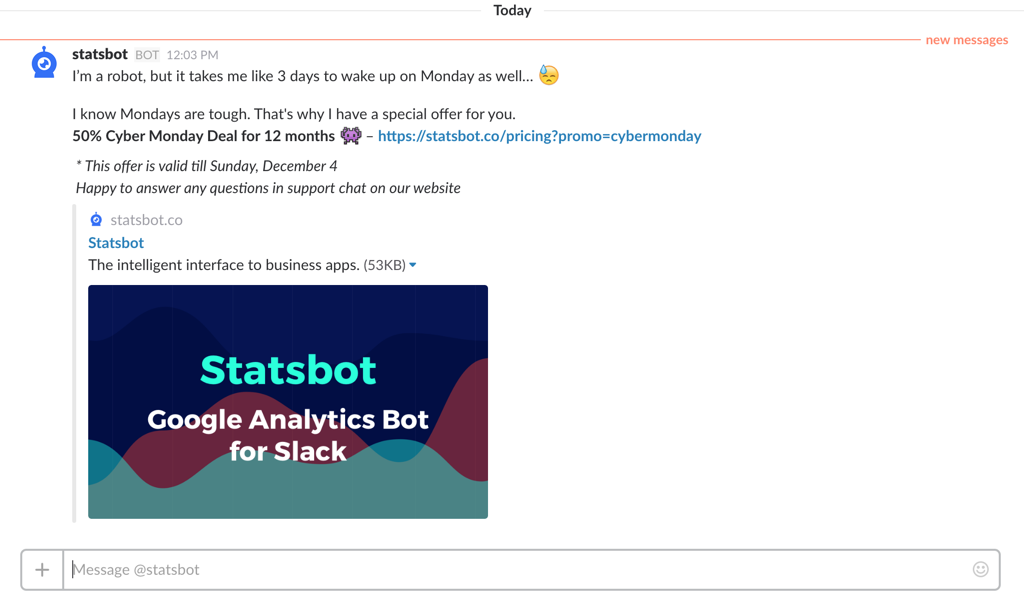 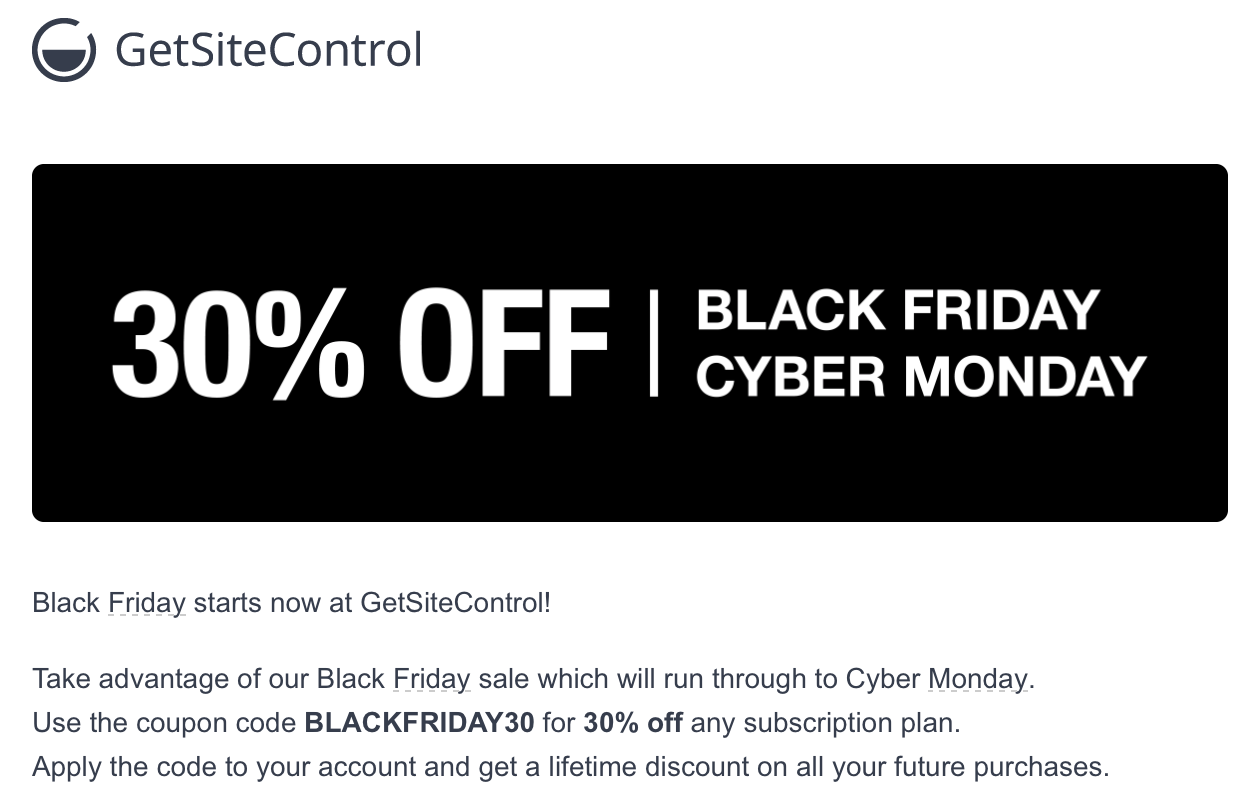 Three makes a trend, so something is happening here… And I don’t like it at all.

Black Friday was first associated with retail in the early 1980s, as the weekend when retailers (generally bricks and mortar retailers) went into the ‘black’ as consumers ramped up on shopping ahead of the year-end holidays. There had been sporadic usage of the term from mid-century, but the name stuck in retail as a useful moniker for the time of year when these retailers, many of whom operate on razor-thin margins (hence trading at a loss or in the red), moved into profit during the holiday season.

It wasn’t until the turn of the century that mainstream retailers began actively discounting products on Black Friday — conveniently positioned just after the Thanksgiving break and before Christmas — thereby turning an industry term into the shopping frenzy we’re all familiar with today.

Now, here’s the rub — and stay with me if you’re wondering what all this has to do with SaaS, because I’m getting there.

It’s been clear for a couple of years now that Black Friday is a double-edged sword for retailers.

Although volume is generally a win-win in bricks and mortar retail, discounting on razor-thin margins is Russian roulette. By making Black Friday into a well-publicized event, retailers forced themselves into a price war at their most critical time of year and also incentivized customers to pull holiday shopping back a few weeks, damaging their overall margins for the holiday season.

Essentially, Black Friday is a race to the bottom — deeper and deeper discounts eventually resulting in negative margins which must somehow be recouped elsewhere (likely through upsells or repeated purchases/enhanced customer loyalty, which means many chains now treat Black Friday as a loss-leader).

Human nature drives the economic rule of supply and demand, which explains both crazy Black Friday violence and the generally-accepted rule that scarcity is a useful driver of sales. And to that point, I understand why SaaS companies may want to jump on the Black Friday bandwagon.

However, offering Black Friday deals are a dangerous game in SaaS, because the fundamentals of the market are so very different from retail.

For the majority of SaaS businesses, revenue is realized over a long time period — good SaaS businesses sell utility (not compulsion) and their customer lifetime lasts for as long as the product they’re selling is useful. For most, upsell opportunities are far less common than they are for retailers, who have thousands of products available.

The difference is clear — when Walmart sells you that TV at a $50 loss, they know that they’ll likely make it up, either on the same trip or later in the year. If a SaaS business has taken a $20 per month loss for the lifetime of the customer, that’s a sizable chunk of CLTV it’s just given away, which may push its breakeven point on a given customer out by months.

Worse still, the nature of most SaaS businesses means that an upsell to cover the cost is unlikely. It’s far, far harder to persuade a SaaS customer to switch to a different or extra plan than it is to persuade a consumer to chuck some extra stuff in their shopping basket (at some point over the next year).

“But wait!”, I hear you shout. “SaaS margins are so much higher than retail margins that we can afford to offer this deal and still be profitable on the customer – we’ve won a customer we wouldn’t normally get.”

There is some validity to this argument, and it’s linked to an interesting retail theory.

A retailer knows that the profile of a customer who queues up outside its store at 4AM is very different from the profile of a customer who will walk in during a lunch break from their high-powered job and pay full price. Black Friday allows stores to reach both types of customers to broaden their overall base and win more business overall. The technical term for this is “price discrimination”.

But doing this in SaaS, particularly B2B SaaS, is a dangerous business. The recurring nature of SaaS means that if that customer couldn’t afford that product a month before Black Friday, they’re unlikely to be able to afford it a month after. A SaaS business is going to have to offer that same deal (or a better one) for the lifetime of that customer because it doesn’t have a huge range of products available to discount. Logically, the churn rates of a highly price-sensitive customer will be far higher than a customer who is able to afford the product.

This problem is compounded by the fact that for SaaS businesses, customers are effectively in control of their own profitability. Black Friday revenue is somewhat protected for retailers because they’ve made returning a product purchased on sale very difficult. When a customer gets home, possibly bruised and likely substantially poorer from their Black Friday outing, there’s often a degree of post-purchase rationalization which leaves customers regretful at their purchase — but the store will keep the revenue, since returning the product/s is a tricky business. If that purchase is a subscription made online, it can be canceled with a single click.

Is higher churn for a small percentage of customers necessarily a problem? Perhaps not.

But if a customer isn’t willing to pay the going rate for a product, there’s normally a reason at the back of their mind as to why not. They may try it, but fundamentally this is a value-perception issue — they’re not convinced of the value that’s being offered to them. And that increases the chances of attracting bad-fit customers — customers who complain more, evangelize less, require more effort to service and will leave sooner than a good-fit customer.

The final issue, of course, is with brand perception. While there’s no harm in offering a well-thought-through discount for a few months, long-term discounting of a product will cheapen the brand to the user and reduce the potential network effect — customer A, who has a 50% discount on a service, is very unlikely to be able to provide customer B to sign up at full price if customer B knows customer A is paying half the amount that they’re being asked for. So a SaaS business must either offer the discount to customer B or decline the sale — a loss either way.

Some SaaS businesses will want to participate in Black Friday promotions — and where it can be done profitably, there’s no reason that shouldn’t be the case. As far as I can see, there are two ways to do this.

Limiting exposure by specifying a specific time discount is one way to safely benefit from a bump in interest from Black Friday.

Take GatherContent, who ran a promotion last week offering 50% off the first three months of a new GatherContent subscription. This looks like a carefully calculated deal — worth up to $388 to new users, but clearly expiring after three months, at some points after which GatherContent presumably expects the customer to be profitable. 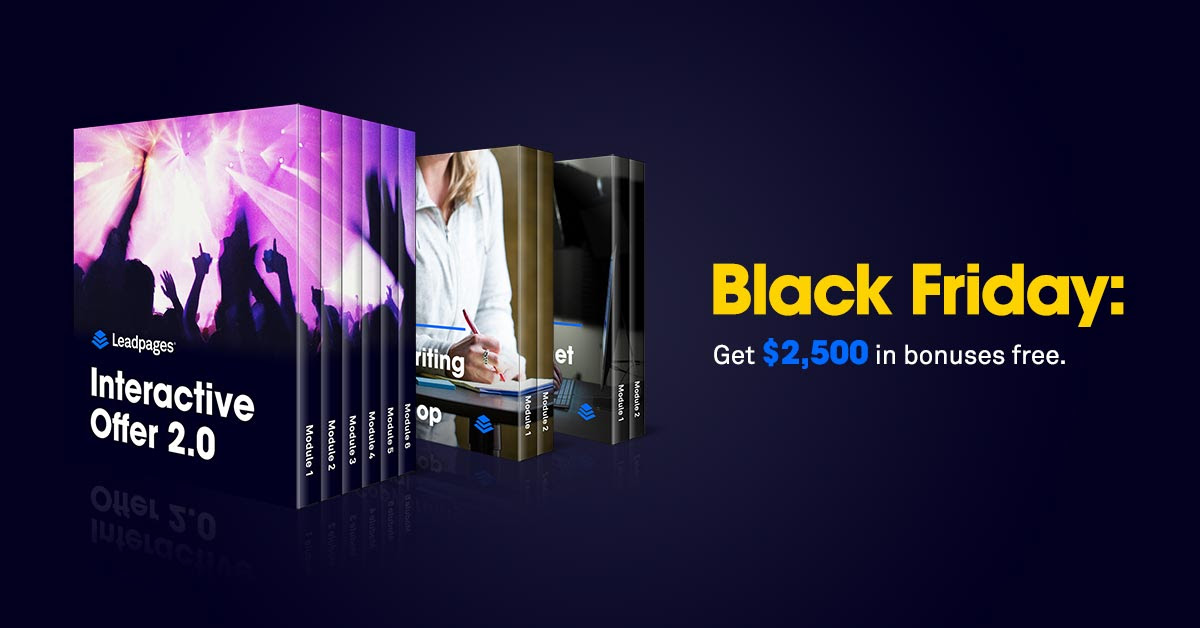 Kudos to Leadpages for this one, who left their pricing untouched but threw in some additional soft products to create the illusion of a great deal. Their limited-time offer advertised $2,500 worth of bonuses (“the biggest bonus pack we’ve ever given away with Leadpages at one time”) but protected their profitability.

There may be some other ways that a SaaS business can take advantage of Black Friday while being ethical and protecting revenues.

But retailers now understand that seasonal discounting can be highly damaging to a business, often escalates to envelop an entire industry and therefore needs to be handled with extreme care and foresight.

SaaS businesses should understand this too — before it’s too late.